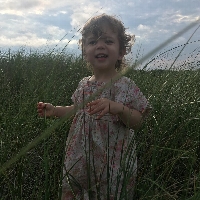 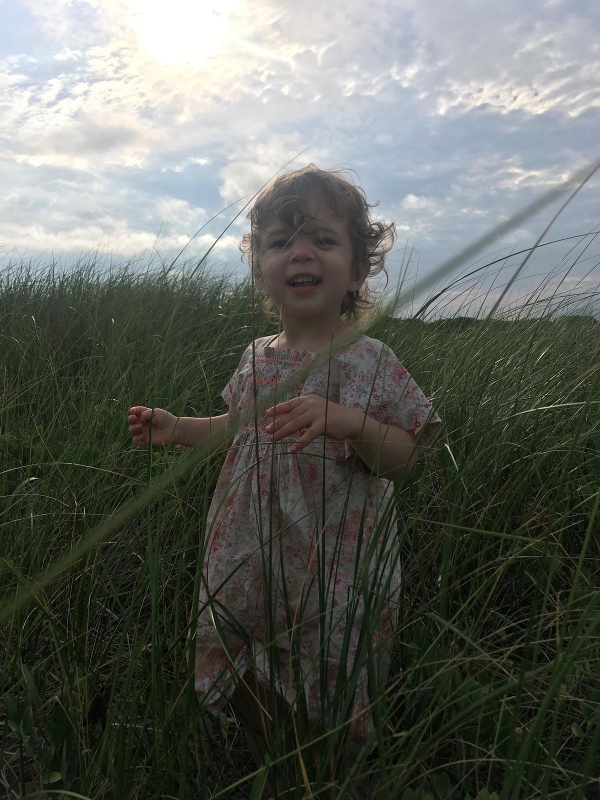 Charlotte was born with a severe congenital heart defect about two years ago, which was diagnosed during pregnancy. Open heart surgery was required to save her life. Thanks to the incredible work at NYP and the Columbia University medical team, she is now a strong two year old and has been given the opportunity to live a normal life.

Lorenzo Sargenti and his extended family started supporting the Babies 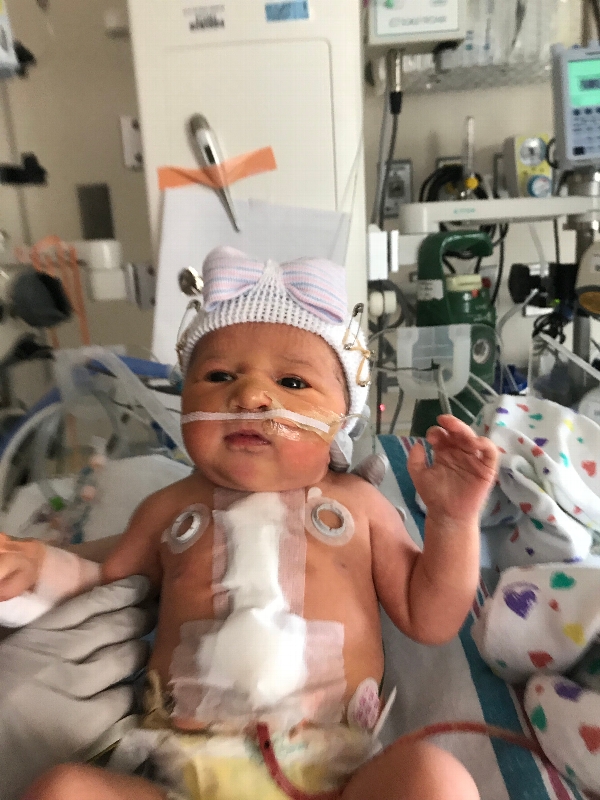 Heart Fund about two years ago as they quickly realized that Charlotte’s story was not just her story. Congenital heart defects are the most common birth defect, impacting about 40,000 babies in the US alone. Unfortunately, most of medical research and surgical innovations need to be funded through donations as funding is very limited. The impact that this research has is profound, saving lives and giving these babies a chance to live!

The role that the Babies Heart Fund has played in research over the past 25 years has been exceptional, but so much more is needed, to both understand the causes of congenital heart defects, and reduce the need of surgical intervention.

To support this important cause and to raise money and awareness for Columbia’s Department of Pediatric Cardiology, Federico Guglielmone and Lorenzo Sargenti have accepted the Babies Heart Fund Endurance Challenge... To run 10 marathons in 10 days!!

Starting on October 29, 2020 and culminating on November 7, 2020, Lorenzo and Federico will run a total of 262.18 miles, each completing a full marathon every other day while making their way from Montauk to the Morgan Stanley Children’s Hospital in upper Manhattan, with stops in East Hampton, Southampton, Brooklyn, Westchester, New Jersey and other spots in the Tri-state area.

Thank you to the great team supporting this important cause! 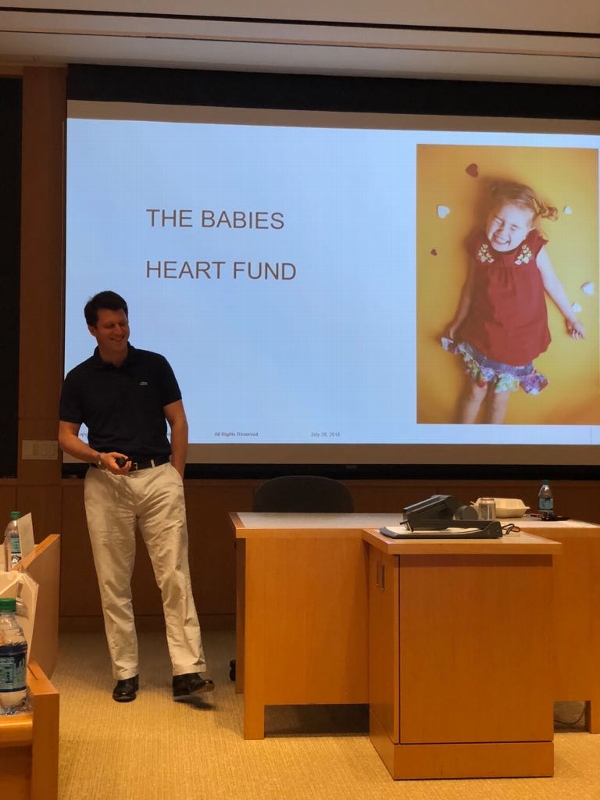 Lorenzo Sargenti is a Babies Heart Fund Board member and proud father of John and Charlotte. Lorenzo got involved with BHF after Charlotte’s successful treatment for transposition of the great arteries at Columbia.

Federico Guglielmone is a friend and supporter of the Babies Heart Fund and an accomplished athlete who has run a number of marathons and ultramathons over the years, including the New York Marathon in 2012 and The Sands Marathon in the Sahara Desert in 2017.

Trish graduated with a Masters in Physical Therapy from Columbia University and has been an orthopedic & sports Physical Therapist since 2001.  She has extensive experience in post-operative orthopedics- from sports injuries of the shoulder, knee & ankle, to stabilization surgeries of the spine, and joint replacements due to wear and tear.  She has worked in traditional PT practices as well as several sports & conditioning facilities in NYC. Throughout her career, Trish has cultivated her expertise within the full spectrum from injured to athlete. She understands the unique "sports" of the modern New Yorker- from Crossfit, to specialize

d fitness classes, to triathalons and even ultra-marathon training.  She has tailored her coaching methods past traditional physical therapy standards to include pain-free returns to these high level endeavors with an emphasis on long term health.  Her current passion is demonstrating that fitness & wellness is an option for everyone, regardless of age or current health.

Sophia Chrisomalis-Dring MD is a pediatric hospitalist for the pediatric cardiology and transplant/heart failure team at New York Presbyterian - Children’s Hospital of New York. She has been working as part of that team since 2005. Sophia graduated Cornell University in 1995. She then went on to obtain her 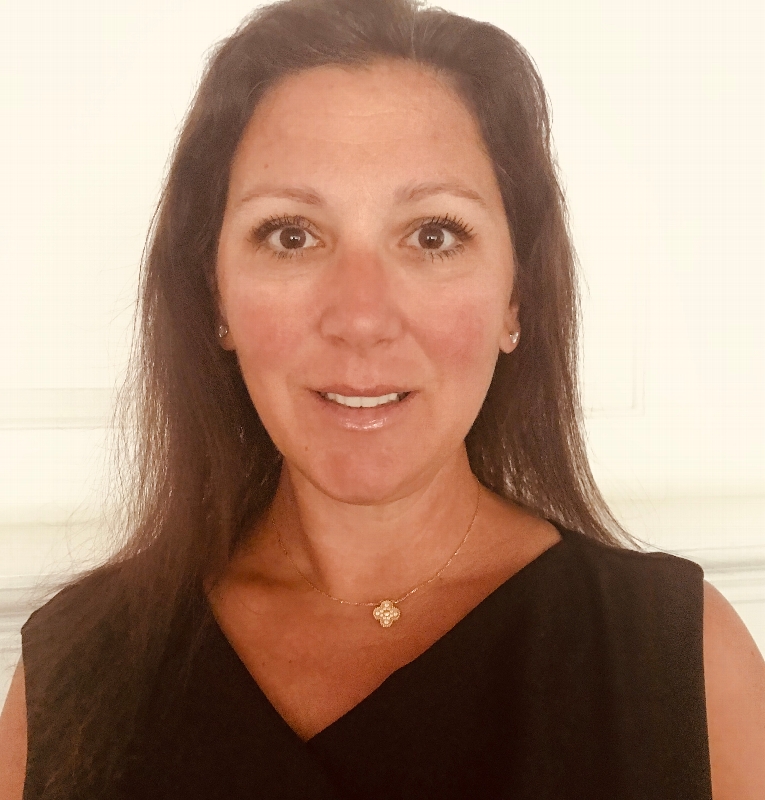 Masters of Science from Columbia University in Human Nutrition in 1997.  In 2001, she graduated from New York Medical College and completed her residency in pediatrics at Connecticut Children’s Medical Center in 2004. Since starting at NYP-CHONY in 2004, Sophia’s specific interest has been in the growth and nutrition of children with congenital heart disease. She is also an active member of the single ventricle team.  In her free time, Sophia enjoys cooking!

Frozen shoulders, torn hamstrings, Sciatica. The diagnoses that make many a weekend warrior weep are precisely what Sharpell likes to see on his table. His technique, originally based on Swedish and Shiatsu massage, has 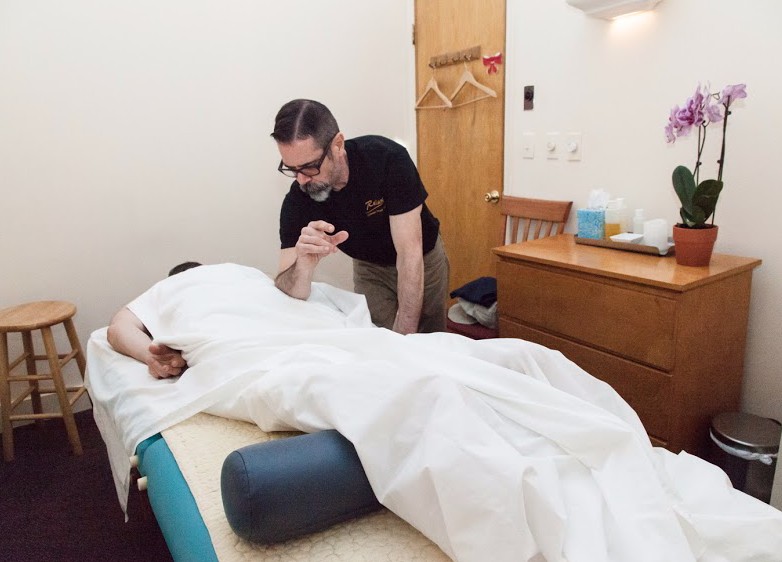 evolved to become deep-tissue-oriented and orthopedically geared. Clients speak of Sharpell’s ability to pinpoint a tear an MRI barely registers – and his knowledge of the tiniest of muscles and their attachments. “The muscle is transmitting information, and I’m getting the info from the sensitivity I’ve developed in my hands,” he says. “It’s not spiritual. It’s functional.”

The Challenge - Day by Day Route

Lorenzo and Federico will start Leg 1 on October 29th and finish on November 7th at  Morgan Stanley Children’s Hospital. Exact routes will be published on October 14th.

Leg 7 - November 4: Brooklyn to Larchmont, via the Bronx

Leg 8 - November 5: Larchmont to Bronxville, via Rye, and Greenwich

Leg 10 - on November 7: The Battery to Morgan Stanley Children’s Hospital